On Forgiveness and Living the Christian Life in Marriage 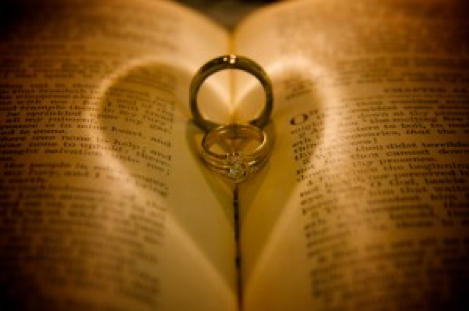 Oftentimes, couples will come to couple’s therapy believing wholeheartedly, that the other person is at fault.  They believe that if “my husband” or “my wife” did not do such and such a thing, then they would be perfect again as they were in the beginning.  What happened in the course of the marriage?  Who is really at fault?  Why does it matter?

Many times, a good therapy can watch a couple argue for a few minutes and allow the couple to become escalated in order to see what their fighting style is primarily and secondarily to attempt to discern what the actual problem might be.  This is not allowed to go on for too long, however.  Nothing good will come out of five minutes of throwing jabs at one another and blaming the other for whatever has been wronged.  The point in all of this is also to see who may take the high road and be the “better half” if there really is one.  Usually, no one does and that is precisely why they are entering into counseling.  Both parties usually want to reconcile and get their original spouse back.  Perhaps there is bad water that has gone under the bridge.  Perhaps one cheated on the other or both cheated on each other.  Perhaps they haven’t spoken in months to any degree of warmth or compassion.  Perhaps they are sleeping in different bedrooms.  Or perhaps they are already separated and headed for legal divorce proceedings.  How do they heal this irrationality and a general lack of care for the other person that they used to have?

The scriptures state that Pride goes before destruction, And a haughty spirit before a fall.  Better to be of a humble spirit with the lowly, than to divide the spoil with the proud. (Proverbs 16:18-19) If this is true, and it is, then we need to work on and accumulate humility.  That is to say we need to admit when we are actually wrong and have true empathy for our spouses, which we have seemingly lost.  How does this occur?  Who is going to be the first to put their best foot forward?  That remains to be seen and will likely be a mystery for some time.  However, there is a method of putting your best foot forward.  It is as simple and as difficult as merely asking the other person to “Please forgive me”.  It is the same as you would ask God to forgive you.  In the Lord’s Prayer, there is a line that states “Forgive us our debts, as we forgive our debtors.”  If we read this properly, Jesus is telling us that we have to forgive others otherwise we will not be forgiven ourselves.  This starts with asking the questions of “forgive me” and placing the ball of accountability in the other person’s court.  That is a tough place to be for them because of the what Jesus says about forgiveness and pride.  I  nearly guarantee, that if this series of asking for forgiveness is engaged wholeheartedly wherein you get into a “forgiveness war” in which you both maintain that you are both the “chief of all sinners” (1 Timothy 1:15) and continually ask for prayer and forgiveness of the other,  the marriage will surely be saved by the grace that first God provides and then extended to your respective spouse.  If you would like to know more about this concept or feel that you need to schedule a counseling appointment, please feel free to contact Agape Counseling to schedule an appointment.